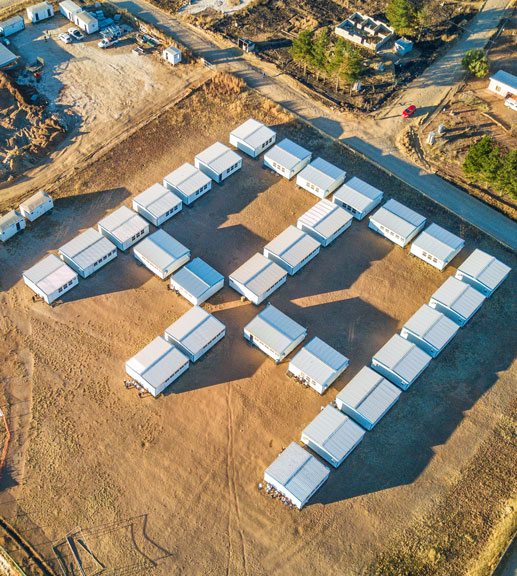 We pride ourselves in being recognised by major organisations for attaining the status of preferred contractor, as well as being able to achieve our clients’ organisational goals.

The organisation specialised in infrastructure development, with a primary focus on servicing both the private and public sectors on an end-to-end scale.

Our construction division has since evolved its focus to include the provision of commercial and residential construction, therefore improving the quality of living for those within the communities in which TEMI operates.

Positive societal transformation is at the core of our actions. The Temi Construction company guarantees that each community we are involved in has an improved standard of living. We enable socio-economic development in South Africa through:

OUR CORE VALUE: WE DELIVER

Our vision is to become the leading 100% black-owned construction company in South Africa, and the service provider of choice in both the building and civil engineering industries. We believe that quality construction is hugely beneficial in changing the lives of South Africans for the better.

TEMI believes in the future and prides itself on sponsoring individuals and organisations where upliftment is the objective.

We have spent over R 2 million on the facilitation of further studies which includes CSR spend provision of bursaries, learnerships, study fees as well as the empowerment of the differently abled. 65 candidates have successfully participated.

Our team has employed a number of individuals who started out as interns and we enjoy experiencing their growth on the team.

Habitat for Humanity South Africa and Nelson Mandela Build Week 2018
Habitat for Humanity of South Africa awarded the TEMI team a certificate of appreciation for service in the Lawley community during the Nelson Mandela Day Build event 2018 in celebration of Madiba’s Centenary Birthday. It is involving ourselves in these initiatives that enables us to expand our community reach and positive societal transformation.

About the Nelson Mandela Build Event
Habitat for Humanity, in partnership with the Nelson Mandela Foundation, aimed to honour Mandela’s legacy by building homes in the Lawley community. As part of the mission to break South African families free from poverty, TEMI partnered in this initiative by facilitating the build of 70 homes.

Habitat for Humanity South Africa and Nelson Mandela Build Week 2019
For the second year running, Habitat for Humanity of South Africa has recognised TEMI for community engagement and upliftment from our construction company. The team has received a certificate for outstanding community service during the Nelson Mandela Build Week event in Palm Ridge. During this time TEMI was able to accelerate the building of 45 houses in Gauteng, alongside valued volunteer partners, to bring a total of 67 houses built across three provinces.

Our greatest recognition is the positive feedback we have received from the communities in which we have been able to change lives for the better.

Some of our recent construction projects in South Africa include: 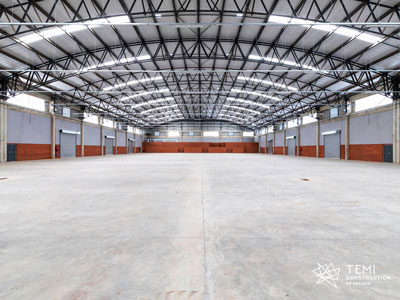 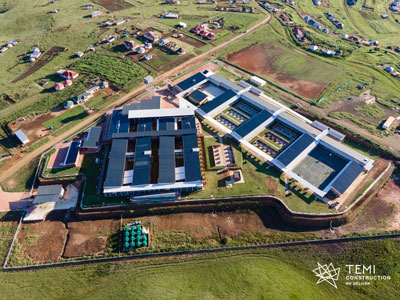 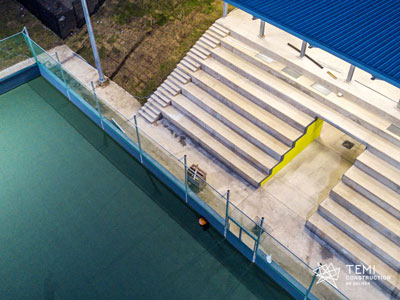 Construction of a pavilion and multi-purpose court 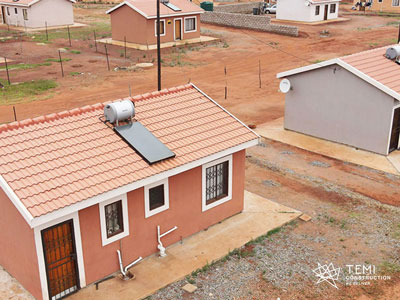 B-BBEE LEVEL ONE
TEMI Construction is a level ONE BBBEE contributor and has an internship programme based on a partnership with Department of Infrastructure. The project aims to ensure that our mandate of steadfast skills and career development to aid in the overall economic development of the South Africa is achieved. B-BBEE contributor. 100% black owned. CSD MAA0437720.
Download our B-BBEE LEVEL ONE CERTIFICATE

SKILLS DEVELOPMENT
Temi Construction is passionate about skills and career development and partners with top institutions to facilitate this.

INTERNSHIPS
We now have a partnership with GDID, where we have interns coming in every 8 months to learn from the company’s very best.

NHBRC
Temi is a registered home builder with the National Home Builders Registration Council under the terms of the Housing Consumers Protection Measures Act, 1998. Download our NHBRC CERTIFICATE

Looking for the leading construction company in South Africa? Let’s discuss your project.